The CSBA board of directors is pleased to congratulate Megan Jamieson from Mount Pleasant, Ontario.  Megan has has a strong love for animals since a very young age and wanted to reach for that dream job where she could help them live long, healthy lives. After completing 1 year of vet school, in Michigan, she became very interested in theriogenology (reproductive medicine). This is a crucial area of importance for a successful farm and she felt was lacking in resources for sheep farmers in Ontario. Her  dream is to promote animal welfare and contribute to the improvement of the agricultural industry.

The CSBA board of directors is pleased to congratulate Janessa Henry from Upper Musquadoboit, NS, who is this year’s recipient of the CSBA scholarship. Janessa is in her final year of Agriculture (Animal Science major) at Dalhousie University, Truro, NS. Janessa has been involved in 4-H for 9 years and has her own flock of Suffolk sheep.  On top of planning to expand her purebred sheep flock, Janessa is considering additional studies in agriculture through a Masters and PhD, or working in the meat sector. 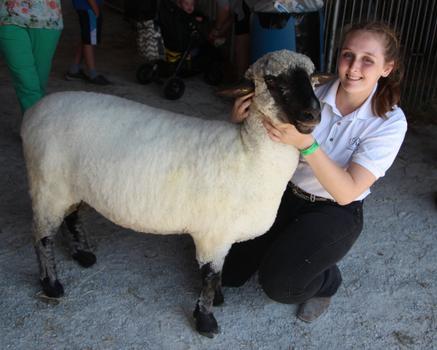 The CSBA board of directors is pleased to congratulate Travis Dow from Metcalfe, Ontario. Travis is in his second year of a Bachelor of Science degree at Trent University in Peterborough, ON. He is actively involved in 4-H and both he and his family run Three D Suffolks, making Travis the 5th generation of the Dow family to own registered sheep.Travis plans to  pursue a career in teaching in a rural community where he can continue to raise a flock of registered sheep.
​ 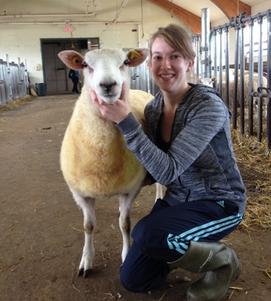 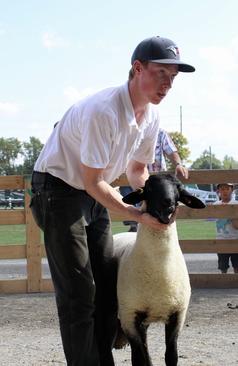 The CSBA board of directors is pleased to congratulate Jessica Walker from Langley, BC, who is this year’s recipient of the CSBA scholarship. Jessica is in her first year of Nursing at Thompson Rivers University in Kamloops, BC.  Jessica has been involved in 4-H for 11 years and has her own flock of sheep called Song Hill Suffolks. Upon graduation, Jessica hopes to return to her flock and family farm, and support the rural community with her nursing skills.

The CSBA board of directors is pleased to congratulate Morgan Passmore from Sherbrooke. Quebec  She is attending MacDonald College where her goal in her career path is to become an agronomist and help farmers offer the best feed possible for their animals and to help produce food crops for our ever growing population. She feels with climate change and less land available for farming but more mouths to feed this is going to be a challenging and exciting career! 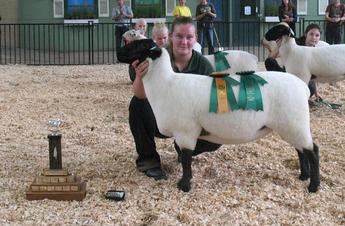 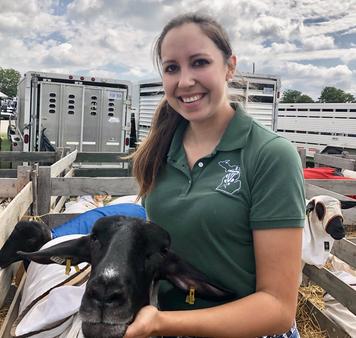 The CSBA board of directors is pleased to congratulate Amélie Blanchard from L'Épiphanie, QC. She is in her second year of Agronomy, with a major in animal production at Université Laval, Québec where she will specialize in small ruminants. Amélie developed her passion for agriculture while working on the family farm Ferme Agneaux des Champs, where they breed Rideau Arcott. After her studies, she will pursue her involvement on the family farm.

Emily Mastine is in her final year of Farm Management and Technology at the MacDonald campus of McGill University. She has worked on beef, dairy and sheep farms, as well as being active in 4-H. After completing her degree, Emily plans to build a career in agriculture and hopes to assist her dad (Larry) in their own flock expansion. 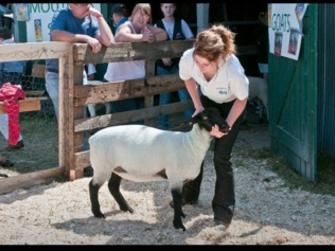 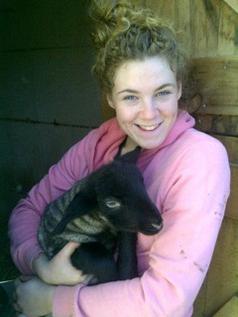 The board of directors is pleased to announce that Hannah Porteous is the recipient of the CSBA scholarship.  Hannah is finishing her 4th year at the University of Guelph, where is studying animal biology and she plans to apply to veterinary school later this year. Hannah was raised on a purebred sheep farm near Chatsworth, ON where she has demonstrated leadership in agriculture by acting as president of the local 4-H Sheep Club for three years, winning the Ladies Lead competition at the Royal Agricultural Winter Fair and by being elected as the director for the University of Guelph’s annual College Royal’s Livestock Show.  Hannah has also participated in, or assisted with, the All Canada Sheep Classic and the Ontario Suffolk Sheep Association’s Terminal Sire Sale. Congratulations Hannah!

Marleen Palsson owns a flock of 15 registered Hampshire ewes and 30 Suffolk x Hampshire ewes. She is in her 3rd year at the University of Saskatchewan, where she is studying animal science. Marleen’s extensive 4-H experience has given her an advantage in her animal science classes. She hopes to work in nutrigenomics (or other genetic research) in sheep and/or cattle when she completes her degree. 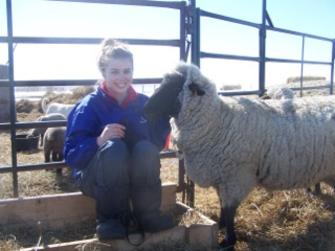 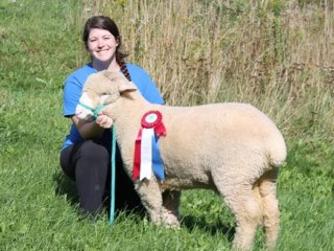 Tamara is in her second year of Agriculture at Dalhousie University where she is studying Animal Science. Tamara plans on becoming a veterinarian and is committed to a life in agriculture and raising sheep. Her family raises a small flock of Dorset and Rideau Arcott sheep and she has been actively involved in 4-H (sheep and dairy) for five years.