Back to Home Page

There were two breeds of sheep at this year's rally, one Canadian Arcott and four Suffolk. Our beautifully spoken Public speaker, Shelby Drew from the Hatley 4-H club brought home Champion Canadian Arcott and represented her and her sheep Apple Ridge Sonia as the Royal Couple in the costume class.

After a great weekend, members of Quebec 4-H are excited for next year's Provincial Rally. The 37th Annual Quebec 4-H Provincial Rally will be held in Shawville, Qc with the theme of "The Good Old Hockey Game". Please join us on July 5th to the 8th at the Shawville Fair grounds. 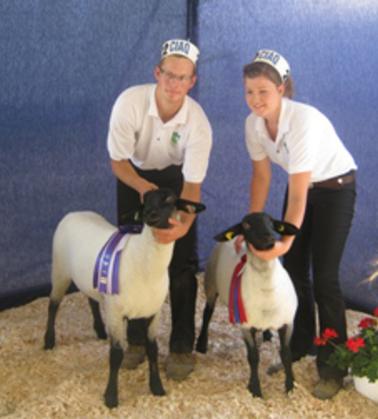 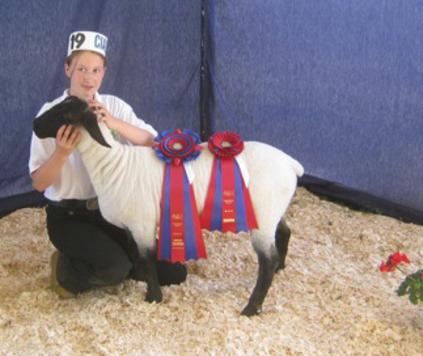 Around the World in 4 Days

This year the 36th annual Quebec 4-H Provincial Rally was held on the Lachute Fair Grounds on July 14th to the 17th. Clubs from across Quebec and some from Ontario came to show their projects, make new friends and have a great worldly adventure with this year's "We are the World" theme. This year we even had participants from around the world. We had one from Japan who joined the Hatley 4-H club, one from Austria who joined Grenville County and one from the U.K who participated with Gatineau Valley. More than 100 4-H'ers participated and assisted throughout the weekend.

These members proudly competed in a variety of events including public speaking, life skills, judging, fitting, farmer's Olympics and a livestock show, which made a total of 115 projects. Complying with the theme "We are the World", Beth Kennedy and Christine Tolhurst set a challenge out to all the Quebec 4-H clubs to see who can raise the most money. We were very pleased to announce that our Free the Children donation, exceeded our 5,000$ mark and we are pleased to say that in total the clubs raised 5,462.33$. Congratulations! This event would not have been possible without the support of countless parents, volunteers, 4-H leaders and sponsors. 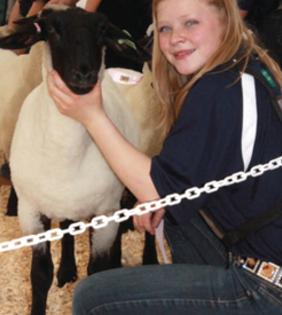 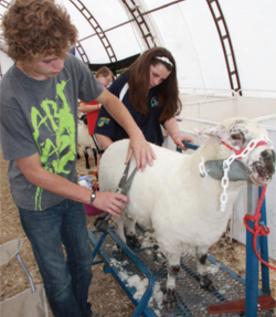 It was a very exciting time in the world of Alberta 4-H when the inaugural Alberta 4-H Sheep Show took place July 13 - 15 in Olds, AB. The show, which featured 23 enthusiastic members from across the province, provided an excellent opportunity for 4-H'ers to experience project competition at the provincial level for the first time.

The three day event saw members compete in a variety of classes and competitions including judging, trimming, combing and conformation. Another exciting and always entertaining competition was the costume class. This portion of the program saw participants dress up one of their project entries into a costume of their choice. Of course the members didn't get off that easy and were also required to be in costume. Many laughs and smiles always accompany this class.

"Having a Provincial 4-H show is a great opportunity. It has been fun to meet other 4-H members in the sheep project and I'm excited I got o participate in the first ever Provincial show", stated Brennan Munro from the Irricana 4-H Beef & Multi Club.

The first Alberta 4-H sheep club was established in 1923 and the project currently features over 100 project members in 31 clubs through the province. The 2011 provincial sheep show saw approximately one-third of all of Alberta's 4-H sheep project members attend the event. "The sheep industry is currently experiencing its strongest market acceptance in years and Alberta's sheep youth are obviously as committed as anyone to raising awareness of sheep production and husbandry", stated Andrea Church, Calgary and South 4-H Regional Specialist.

Presenting Partner of the inaugural Alberta 4-H Sheep Show is Farm Credit Canada, Partner Supporter in the Government of Alberta, and Partner Friends are Alberta Lamb Producers and the Canadian Sheep Breeders' Association. Partner Host is the Olds Agricultural Society. 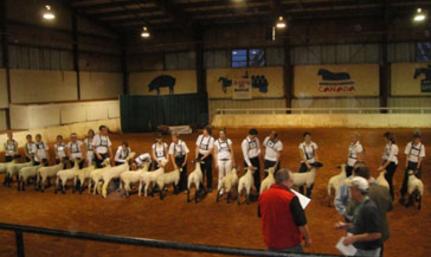 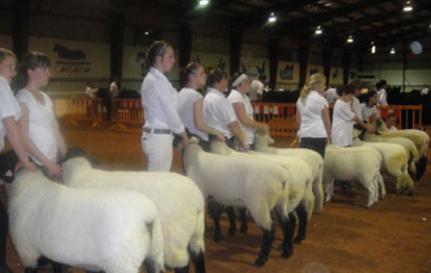 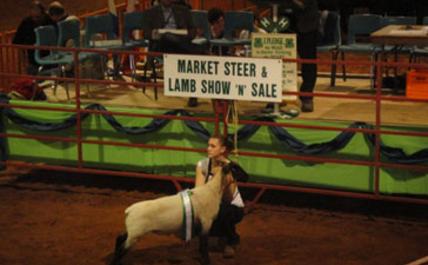 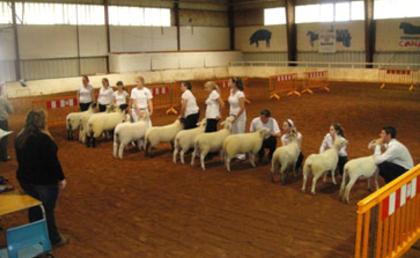 Nova Scotia's 38th Provincial show came with many events and experiences for members from all over the province. This year 2343 projects from approximately 1000 members came to be judged in Truro, Nova Scotia. Being chosen to represent their county at this level is only given to the best and most qualified individuals. Members were judged at their own county exhibition or fair and the top two in each class excluding only top one in showmanship classes and a select other events were eligible to take part in Provincial Show.

The events took place over a three day period at the first of October where the weather made a wet environment but didn't dampen the spirits of the 4-Hers. Both livestock and non-livestock (life skills) projects were involved in this event. Non- livestock projects that were seen at pro-show included crafts, sewing, foods, woodworking, outdoorsmen, first-aid, welding, recycling, cake decorating, computer, floriculture, garden, photography, scrapbooking, small engines and vet science. Livestock projects included dairy, beef, goat, rabbit, waterfowl, poultry, light horse, draft horse, miniature horse, dog obedience and sheep as well as three market classes; steer, lamb and turkey. Sheep, dairy and beef clipping competitions took place also where members are given an animal and take full responsibility for them over the weekend including feeding training and preparing them for show day.

Members who placed 1st for their county judging were able to judge at provincial show where they go against a large amount of qualified 4-Hers who can be considered experts to reach this level of judging and know their project very well. The weekend is quite jam-packed and members are seen running from each competition to catch the results as well as compete themselves.

The sheep competition included 82 lambs. Sheep competitors took part in the market lamb show and sale, judging competition, wool contest, sheep clipping, and conformation classes. The lambs were split into market lamb, Suffolk, North Country Cheviot, Dorset, Ram lamb, Crossbred  and purebred other. The amount of members present showed how much honour can be taken from being placed high in a class. It was also seen that all animals brought were very respectable forms for their breed characteristics being they already participated in county judging making the judge Donald Cluney’s job very difficult. He had nothing but great feedback for the members and animals brought to the show and was thankful to be chosen.

Competing at the provincial show is a memory cherished for a lifetime. Members take the skills they used and learned along the way and apply them to real life situations to help get them further in life. It is also a place where many friendships are made that will last forever and make returning to Provincial Show the next year even more enjoyable. Next year’s show is sure to be just as busy and eventful  as the start of a new 4-H year and new projects is about to begin!